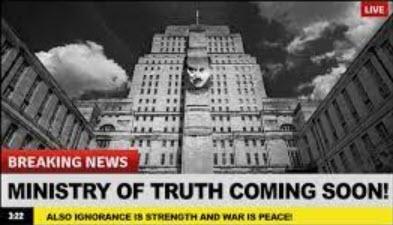 Authored by Mark Angelides via LibertyNation.com,

The United Kingdom has become the first Western nation to move ahead with large-scale censorship of the internet, effectively creating regulation that will limit freedom on the last frontier of digital liberty. In a move that has the nation reeling, Prime Minister Boris Johnson has unveiled rules that will punish internet companies with fines, and even imprisonment, if they fail to protect users from “harmful and illegal content.”

Couched in language that suggests this is being done to protect children from pedophiles and vulnerable people from cyberbullying, the proposals will place a massive burden on small companies. Further, they will ultimately make it impossible for those not of the pervasive politically correct ideology to produce and share content.

The new guardian of the internet will be the Office of Communications (known as Ofcom), a government-approved body that already regulates television, radio, broadcasting, and even the postal service. This group has been accused on many occasions of “acting as the moral arbiter” for the nation, and perhaps unsurprisingly, tends towards a very …read more