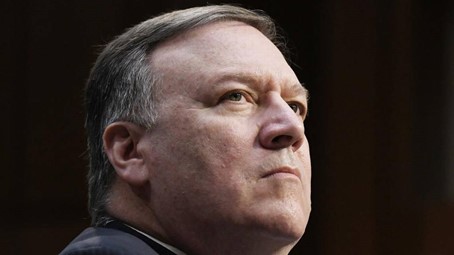 Secretary of State Mike Pompeo is on the record as an Evangelical Christian. In various interviews he claims to rely on the Bible as his guide and inspiration. Reportedly Mr. Pompeo was the driving force behind President Trumps recent execution by drone of Iran’s’ second highest ranking public official, General Qasem Soleimani.

So if Mr. Pompeo is indeed relying on the Bible to guide him one must wonder where he’s finding commands to preemptively murder a Sovereign nation’s second highest ranking official? Yes, the Old Testament is filled with bloodshed and warfare. But with the arrival of Jesus Christ a new covenant of love was written in the hearts of men who received him as Savior and Lord. This was recorded in the New Testament.

The Old Testament’s “eye for an eye” was replaced by Jesus admonition to exercise humility, love for enemies, self-restraint, forgiveness and mercy. Hard as I look I can’t find a passage in the Bible recounting how Jesus encouraged the faithful to murder a foreign public official because they might do something bad in the future?

Mr. Pompeo must have a different copy of Gods word than I do because I …read more